China goes overseas: the ups and downs of PRC in Latin America 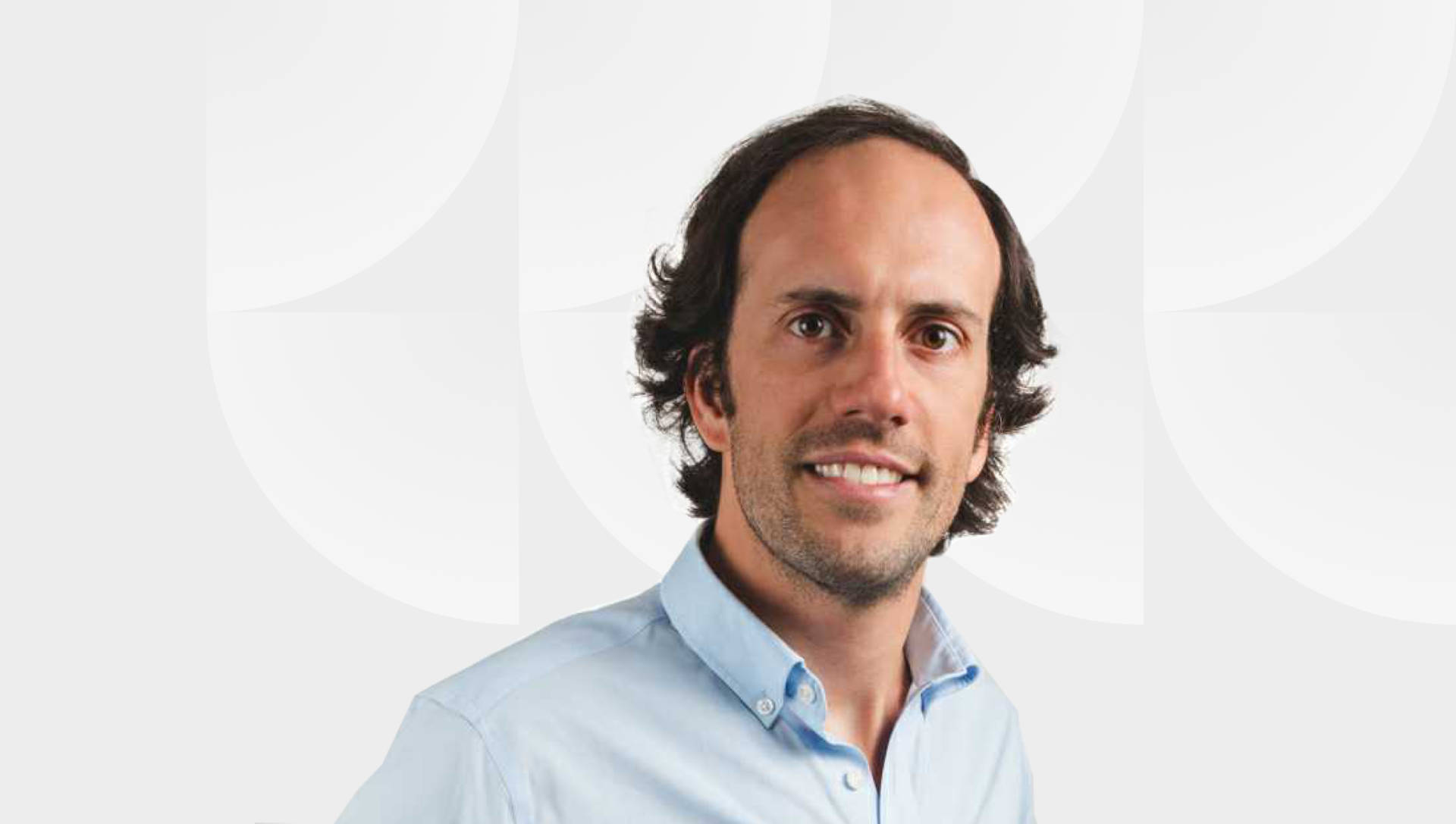 Though cultural differences and political issues may seem an obstacle, Latin America is already one of the top destinations of China’s outward direct investment (ODI), quickly catching up with Asia and Europe. The motivation behind the ‘China goes overseas’ policy is not only because they are looking for natural resources. Recently, their market-searching has also become an important driver of investments and M&A.

To dig deeper into the Chinese expansion in Latin America, the M&A Community talked to Ignacio Tornero, adjunct professor at Pontificia Universidad Católica de Chile and an affiliate researcher at the Center for International Studies UC (CEIUC). He is a senior associate at Chilean law firm Carey, with several years of hands-on experience in deals between Chinese and Latin American countries.

What is driving China to invest overseas?

When I try to explain to people why China is going overseas, I like to highlight one specific policy, namely the Chinese ‘Go Global’ or ‘Go Out’ policy (“走出去”战略) that was launched back in 1999. It encouraged local companies to go overseas. The adoption of this policy marks the start of the expansion of Chinese companies on the global market.

In order to understand Chinese outbound investments, one needs to pay attention to the Chinese government and its policies. So, why did Beijing start encouraging businesses to ‘go out’ more than 20 years ago? One of the reasons is the Asian financial crisis of 1997. It hit several economies, namely the ‘Asian tigers’, with China being no exception. Thus, the Chinese government saw clearly that it needed not only to focus on the region but to diversify and head overseas.

Another reason was China’s accession to the World Trade Organization. Membership negotiations started back in the late 1980s, resulting in China joining the WTO in December 2001. Prior to that, Beijing had adopted several measures to fulfill the WTO’s requirements. Liberalizing Chinese state-owned enterprises (SOEs) while making them more competitive, was part of that strategy, and also has a relationship with the phenomenon we are discussing today.

One should also mention the deficit of natural resources in China. Its enormous economy for more than 1.3 billion people has huge demands. Hence, the ‘Go Out’ policy was also intended to address this shortage of resources. Of course, globalization and China’s search for new markets and customers have heavily contributed to this as well.

How important is the LATAM region for Beijing’s expansion?

If we look at the statistics in 2018, Europe was the top destination for Chinese ODI, gaining more than 40 percent of the total. Asia, meanwhile, stood at ca.19 percent, North America at 14 percent, and Latin America and the Caribbean got almost 12 percent. Comparing the latter two, one can see that Latin America is certainly a region of interest for Beijing.

I think it is also important to get a historical perspective here. If we go back to 2009, for instance, we can see that almost 75 percent of Chinese ODI was directed at Asia and the Middle East, while Latin America received a mere 12 percent – almost the same fraction but from a much smaller amount of Chinese ODI. Nevertheless, if we just consider the region specifically, we can see that from the mid-late 2000s, especially since 2010, Chinese investments in Latin America have been growing steadily.

Which economic sectors are China targeting in the LATAM region? Are its investments focused or is there a diversification on the way?

In recent years, we’ve been witnessing a diversification trend. However, if we look at the data from 2005 and 2020, we can see that China has been focusing on two main sectors in Latin America, namely the energy and metal industries. In third place is transportation.

Chinese energy ODI in Latin America mirrors the global trend as China prioritizes investments in the energy industry all over the world. Nevertheless, in contrast to Latin America, transportation holds the second position worldwide in terms of the volume of Chinese ODI, whereas real estate comes third, followed by the metal industry. It must be also noted that globally, Chinese investments are far more diversified than the ones in Latin America. The dynamics of diversification in this region is substantially slower than on a global level.

However, here we are talking about large investments, those larger than $100 million. If we look closely at smaller transactions, we’ll see a more intense diversification. More and more capital is flowing to the service sector for instance.

Chinese state-owned enterprises (SOEs): what is their role in cross-border M&As? Who can be regarded as more influential in terms of business: SOE or private firms?

If we start analyzing the data about big transitions, i.e. those of more than $100 million, then the majority of them are performed by SOEs. State-owned enterprises play a substantial role in the Chinese economy for political and historical reasons. If we look back at 1949, you’ll see that practically 100% of Chinese enterprises were public. Of course, the system has been liberalized since then. It is especially worth mentioning Deng Xiaoping’s reforms launched in 1978 that started making the Chinese economy more market-oriented.

Another reason for the importance of SOEs is their dominant position within certain sectors of the economy, like energy, telecoms, or engineering. In China, people tend to call these sectors ‘strategic’, hence, the state retains ownership and the regulation of them.

Additionally, quite often, it has been stated by some scholars that Chinese SOEs may have better access to capital when making overseas investments. Data shows that more than 80 percent of big Chinese investments in Latin America are done by state-owned enterprises.

However, the situation is changing, at least, in Chile. Let’s take, for instance, the ten largest recent M&A deals here. We can see that half of them were done by SOEs, while the other half went to private capital. So, there is a diversification in terms of capital sources going on.

What impact has the Sino-American trade war had on the LATAM region?

The US-China trade war has been greatly affecting the global economy, Latin America being no exception. And Chinese outbound investment in the US decreased sharply in 2018, after reaching its peak in 2017. However, one should also consider China’s internal policies as Beijing has put certain barriers on capital outflow in recent years.

Moreover, currently, Chinese non-financial ODI is increasingly targeting the Asian region, namely the countries of the Belt and Road Initiative (BRI). Meanwhile, Chinese M&A in other countries is slowing down. That also goes for Latin American countries. After a peak year in 2016, Chinese capital flow to the region has gone down.

However, looking at the situation from another perspective, namely trade, we can see that the trade between Latin America and China is growing despite the tensions between Washington and Beijing. As the statistics gathered by the Inter-American Institute for Cooperation in Agriculture (IICA) show, it is expected that trade will keep growing regardless of the conflict, but it will certainly depend on whether the trade war escalates or not.

The global economy has been hit hard by the pandemic and the Covid-caused restrictions. Are there opportunities for distressed investments in Latin America and could Chinese companies use these chances as they did in Europe and the US after the 2008 crisis?

I would say that it is too soon to give certain predictions as there is not enough data. Currently, I believe we are experiencing a transition period. Most of the M&As this year were started before the pandemic, and now Chinese companies are taking a pause, focusing rather on their internal market. If the situation with Covid is not properly managed in Latin America and we see a surge of bankruptcies, China might increase their overseas investments in the region, but that would also depend on the strength of the Chinese economy and the liquidity of buyers. However, the current data doesn’t show this.

Nevertheless, I’d just want to mention the recently announced acquisition in Chile of energy distribution company CGE by State Grid. This is a very strong signal of the continuous interest of Chinese companies in the region despite Covid-19.

How does culture influence business communications between China and Latin America? What are the main cultural differences between these two regions?

There are big cultural differences between businesses in China and in Latin America. For instance, strong adherence to hierarchy is sometimes especially felt inside Chinese state-owned enterprises.

Secondly, quite often, Chinese pay more attention to relationships or guanxi as it’s called. That is, it is important not what you know, but who you know and trust. So, sometimes instead of choosing professional advisors with more ‘credentials’, they tend to prefer the ones they know well.

Reluctancy to compete is also a very interesting cultural phenomenon. I’ve seen many Chinese companies feeling uncomfortable competing with other players in an open process, something we can relate to the importance of ‘keeping face’ in China. In terms of negotiating style, there are also big differences. Finally, people from China usually have other approaches to building trust, based on relationships rather than on professional track-record.

What challenges can Chinese investors face while doing M&As in Latin America?

Some researchers put the failure rate of Chinese investments overseas at around 30 percent, while other data suggests that the failure of Chinese M&A may be, on average, as high as 70% (Chuanzhi Liu & Neng Liang, 2018). The ‘China Going Global’ think tank did an interesting study, looking at the key reasons why businesses from China may be unsuccessful abroad. I was involved in this research as well. In general, 30 main challenges or pitfalls were identified.

I would categorize these problems into five main categories. Firstly, a lack of local expertise: knowledge of the local scene, local regulations, etc. Secondly, those related to the proper and timely use of advisors in general. The third one would be related to unclear strategies and a lack of proper planning of an M&A or an ODI transaction. The fourth is related to the timing of making the right decisions during a transaction, and the fifth category would be various other factors.

In my career, I have seen many of these challenges taking place. However, I must admit, Chinese businesses are aware of these issues and have started to deal with them at a very fast pace, for instance, hiring local advisors and local lawyers overseas at the initial stage, so now we can see that the success of transactions is increasing rapidly.