Deal drivers in Brazil, 2022
Preparing for what is ahead 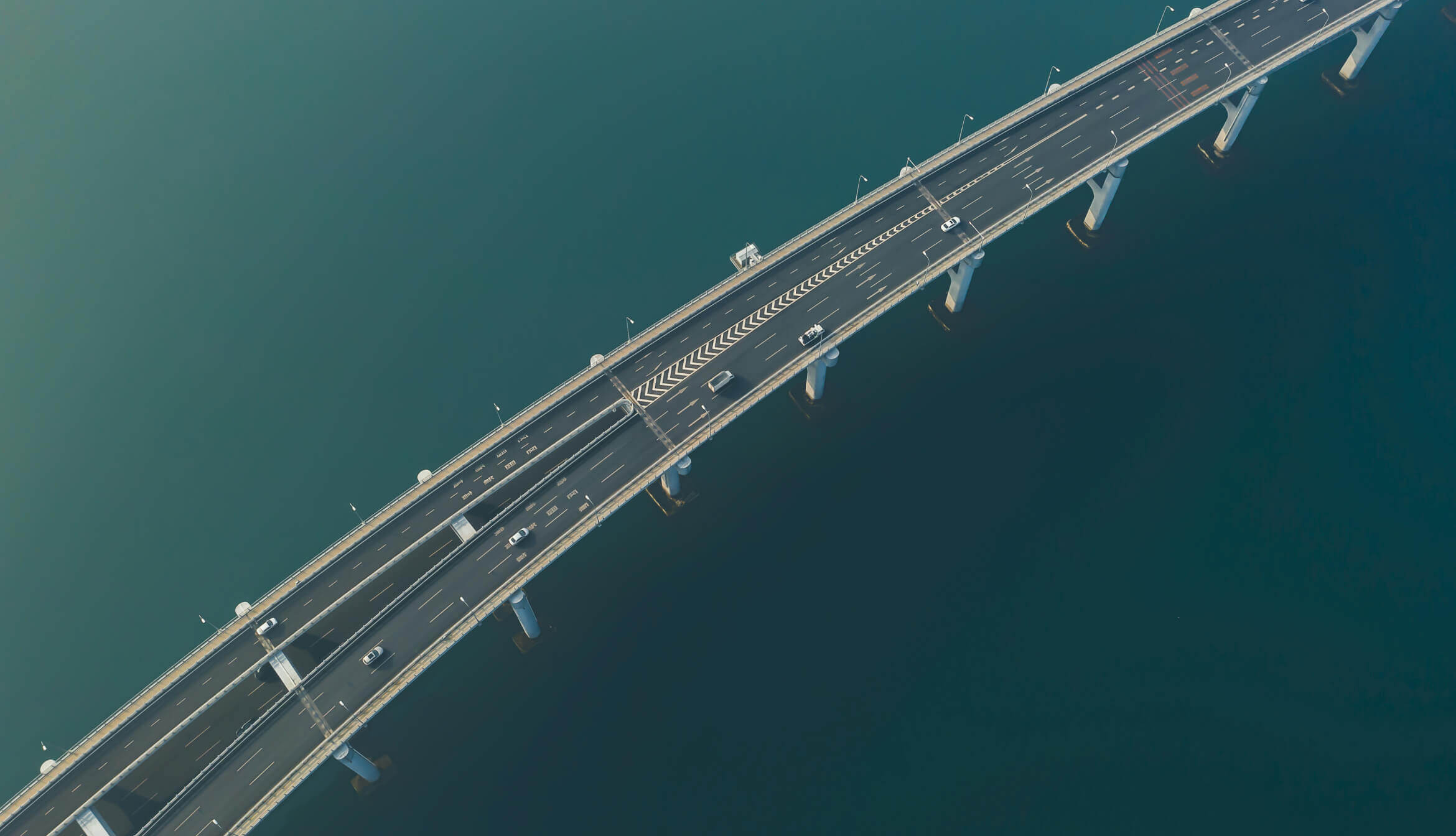 Archive
Deal drivers in Brazil, H2 2022: preparing for
what is ahead

The world is in a continual state of change, and Brazil is far from being an exception.

Even with the presidential election adding to the many uncertainties that slow economic recovery, Brazil continues to occupy the ninth-largest global economy spot with a nominal GDP of $1.85 trillion.

Despite innumerable challenges and uncertainties around the near coming presidential election, Brazil already recorded 1,699 deals YTD, only a 10% drop compared to the same period in 2021.

In the context of the country’s M&A market attractiveness, the M&A Community, in partnership with the TMF Group and iDeals, hosted the Deal Drivers event on September 22, where a panel of renowned experts discussed current trends in dealmaking, the key challenges, and the most promising prospects for 2023.

As well as the general discussion, three separate Panels looked at three sectors in detail: energy, healthcare, and technology.

Jorge Arbache “While Brazil’s economy has recovered since the worst of the Covid pandemic, the new business opportunities emerging from digital transformation and shifts in consumer behavior carry huge risks, even for well-established firms.”

“On top of that, Brazil’s biggest unknown is what will happen after the election – investors need to see a certain level of stability and continuity going forward. Despite the uncertainty, Brazilian assets are becoming more competitive, productive, and attractive, especially in agribusiness. As usual, the success stories will be told by those who can best adapt to cope with volatility.”

What is the current trend to watch in the Brazilian investment landscape?

Jorge was asked how he, as Vice President at CAF, saw Brazil’s investment landscape concerning the rest of the world “the biggest driver globally has been the sustainability plan, which offers a huge opportunity to Brazil. For instance, there is a need to focus on carbon markets and production methods with lower carbon impacts.” He added that “LatAm could easily account for 40% of potential carbon credits, half of which would go to Brazil, way ahead of the G20 nations.”

“This could be Brazil’s chance to set global trends rather than follow them as a world leader in hydrogen supply. With its existing mix of green energy sources, Brazil is well-placed to come up with new products with high added value that the rest of the world will want,” explained Jorge Arbache.

Considering ESG, where will Brazil set the agenda in energy projects?

Eduardo Rocha: “Brazil has a booming carbon market: a collection of green bonds and other instruments worth $5 trillion and multiplying. The European Union sets the global agenda for foreign investment in carbon reduction instruments, and Brazil could do the same for green energy solutions.”

Eduardo Hirschle added: “We are uniquely well-positioned to take advantage of the enormous business potential in this area. There is a huge need for corporates and government to collaborate and smartly choose the sectors in which we can set an agenda.”

Leonardo Alonso “We can’t forget that while it is important to fixate on the new technology, it is the people, a productive and healthy workforce, who will make Brazil more productive.”

Where is education in all this?

Jorge Arbache: “Already an active niche market in Brazil, demographic shifts have heavily affected the education sector. Families having fewer children means the available workforce is shrinking. Still, there are few signs that Brazilian companies actively realize it,” he added, “Brazil’s education system looks a bit dated, with the rapid pace of technological change not being wholly addressed.

The COVID-19 pandemic accelerated the demand for distance learning. But there is also a whole new market for continuing education and training, not only for children learning or medicine universities but for older workers being made redundant and adults needing lifelong learning.”

What is impacting the Brazilian healthcare landscape?

Tiago Eler: “Besides the pandemic-generated direct impact, one additional consequence was a demographic shift caused by people moving to less populated areas and Brazil’s rapidly aging population. Health services will need to be less focused on urban centers and more focused on the ailments of older patients.

The public sector continues to have funding challenges that affect the quality of care. Since 2015, most of the capital for hospitals has come from foreign investments. And there are many inefficiencies, generally, investors pick trendy sectors, rather than taking an overview of where investments would be most profitable”.

Eduardo Abreu: “It was relatively stable until a few years ago; but with the pandemic, the sector suddenly became more competitive and volatile. The good news is that health plan customers tend to want to stay with the private sector once they have switched from the public health system. The demand has exploded since 2020 because the public sector is struggling to cope with backlogs from the Covid pandemic.

There are also new regulatory changes, such as the Nursing Bill, which President Barroso suspended, so we still don’t know if or when it might be enacted. This uncertainty is disrupting the market. We live through a time of instability, with investors’ and dealmakers’ euphoria alternating with discouragement.”

What about technology trends?

Edoardo Freschet “2021 was a record year, and retailers were stretched, with capitalized funds investing insanely. There is no doubt that the pace of investment has slowed in 2022, and capital is more selective, perhaps because of what happened in the US, where growth initially exceeded predictions but fell short of the revised forecasts. Investor interest is still extremely high.

Brazil is the world’s fifth most prominent user of crypto assets, and only three other world cities have more fintech business than São Paulo. Technology is in the air we breathe, and many local companies are consolidating to take advantage of the opportunities in this booming market.

Let’s take the number of consolidations in 2022. Those were mainly driven by struggling companies unable to raise more funds merging with firms with more access to capital or those buying up technologies to complement their portfolios. The financial market is cyclical, remembering activity in 2020-21 was atypical, with so much capital going into TMT. This impacted the quality of due diligence, and many multiples were overstretched; we are seeing something of a correction now.”

Shifting gears to the deal execution, what are the modern challenges?

Karolyna Schenk: “Moving to a different business model is very challenging, and there is a need to focus on the key issues and ensure the right people are in place, especially regarding monitoring and auditing. As the company grows, this gets more complicated, not less. At all times, the most important glue is company culture, so how you manage to merge cultures is perhaps the most critical component for rapid integration. Know how people tick and what makes them more productive.”

Alexei Bonamin “Integration is a challenge, whether internal M&A professionals are going for 100% integration or a partial one, there are improvements needed on scrutinising the synergies that will add value and speed up the process.”

Lucas Vestri: “Absolutely. For instance, Patria first invested in Teresina in 2017 as a semi-verticalized operator, i.e., their hospitals also provided services to other companies. Their later investments have also been vertical, and the biggest challenge has been aligning the different cultures of the merging companies. After cultural compatibility, integration should be the next focus, starting with the synergies and making changes to less sensitive areas where a mistake would not harm the business.”

Tiago Eler: “Taking a look at Patria’s investments from 1987 to the present, their focus on integration has given them a more motivated and productive workforce. Patria ensures a dedicated legal team that understands the day-to-day details of the processes and, most importantly, the people.”

How is 2023 looking for dealmaking activity?

Alexei Bonamin: “Obviously, a major concern for investors and managers is profitability, but now we also need to consider sustainable growth. There is less and more fussy capital. Companies won’t be able to rely on going back to the markets every six months. For those who have already taken the plunge, business is looking good. Some companies listed last year have already made three, four, or even five M&S post-IPO.”

Karolyna Schenk: “We are also witnessing the rise of the mature, experienced entrepreneur; someone whose first venture may not have been that successful, but that learned from mistakes. There are signs of inflation stability and interest rates dip, which will help attract investors, including venture capital.”

Julia de Luca: “2023 looks more promising than 2022, with funds much more active in both the private and public sectors. What it maybe lacks is stability, but now we see that after years of low economic growth, there is a renewed sense of optimism among today’s entrepreneurs. There are concerns about potential conflicts between the banks and private lenders, including cryptocurrencies, and how the Central Bank will act, but we can cope with that.”

Archive
Deal drivers in Brazil, H2 2022: preparing for
what is ahead

Deal drivers in Brazil, H2 2022: preparing for
what is ahead