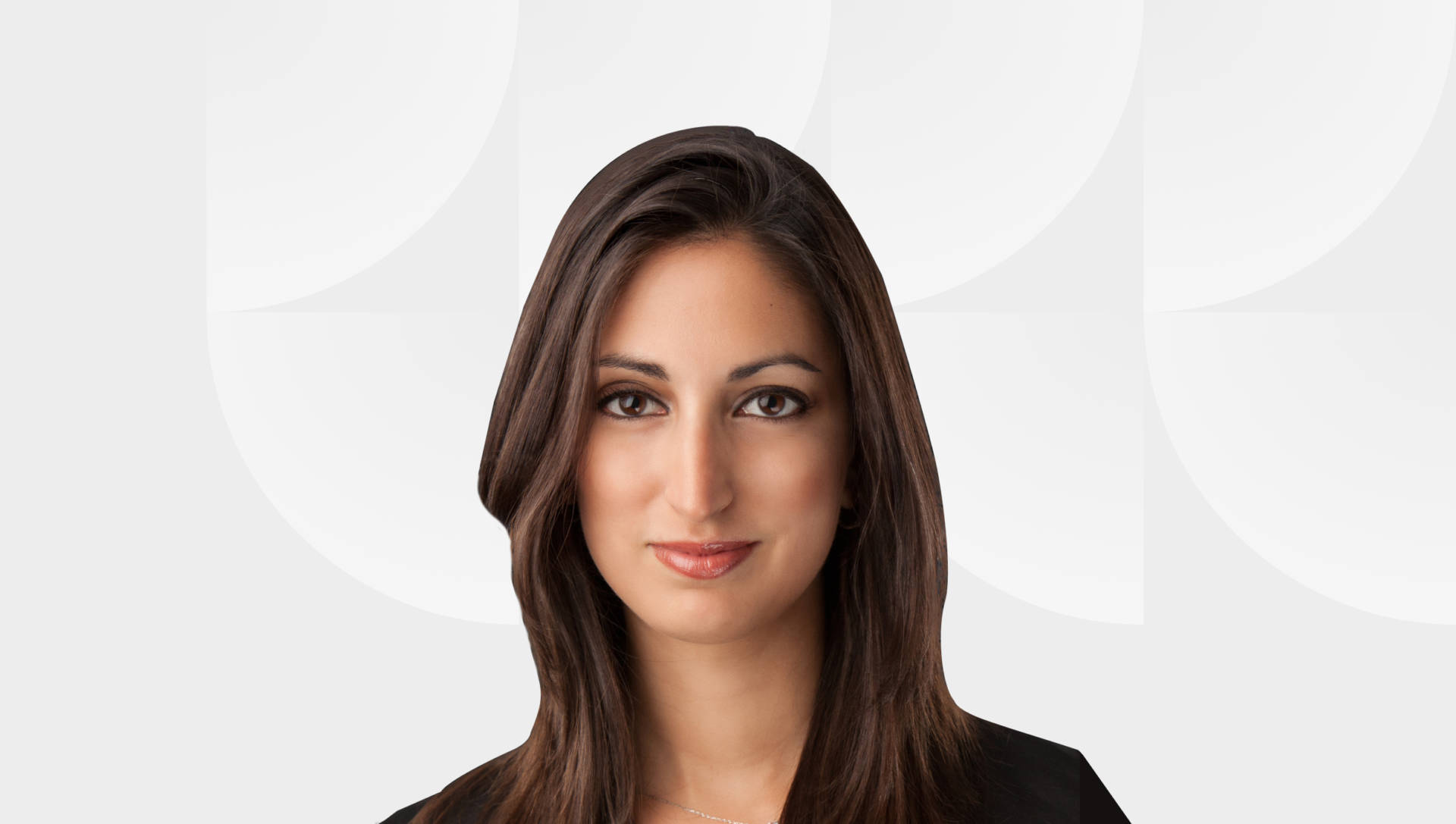 How will the China-US global game look like under Biden’s administration? Is Beijing really building a digital authoritarian state? How do you design smart and viable M&A strategies amidst global uncertainties? To get a clear picture of these issues, the M&A Community conducted an interview with Reva Goujon, Managing Director and Head of Strategic Intelligence at Martin+Crumpton Group LLC, a global strategic advisory firm based in Washington, DC.

As a senior leader of the intelligence and consulting team, Reva plays a critical role in shaping the company’s strategic analysis. Her deep expertise in scenario planning provides C-suites with the early warning indicators and strategic guidance they need to navigate complex global markets.

The first question is obviously tied to the most influential event of recent times, i.e. the presidential election in the US and the transition of power. How could the new owner of the Oval Office change US-China relations, especially in terms of trade and economy? Can we expect some kind of détente?

I think détente is a step too far. Biden would not rely on the same tactics as Trump to pressure and contain Beijing (for example, a heavy reliance on tariffs, abrupt bans on companies, and the confusion that comes with applying a highly transactional approach to foreign policy in general), but his presidency will still be shaped by an intensifying great power rivalry with China.

Biden will probably try to resurrect something similar to the Obama-era Strategic and Economic Dialogue with Beijing to re-engage on trade and to try and use areas where China is legitimately incentivized to reform as part of its own economic strategy to justify a mutual climbdown in tariffs. For example, China’s dual circulation strategy is also focused on reducing SOE inefficiencies, selectively liberalizing trade in certain sectors, and strengthening intellectual property rights to make its own firms more competitive.

This will not be a quick nor easy negotiation, however, and bipartisan support for a strong containment policy toward China will endure. You’ll see this especially with Biden’s strong human rights platform, which (similar to Trump policy) can also be used to target Chinese tech companies that are enabling the development of China’s digital authoritarianism. The Biden administration will also maintain tight export controls on US high tech, which means heavy pressure on US allies like Taiwan, Japan, and South Korea, who are still trying to keep a foothold in the Chinese market.

On the financial decoupling front, we will need to see how the Biden administration handles a long-running US-China dispute over financial audits and whether Biden would follow through with a US threat to de-list Chinese companies on US exchanges that fail to comply with US audit regulations. This is still a fundamental conflict of law issue, and I have a hard time seeing the Biden administration overcoming these obstacles. I think de-listings are still coming, though the Biden administration may first attempt another more serious round of negotiation under a new SEC chair.

Following up on the previous question. The rapid creation of the RCEP: could it be a sign of Beijing’s concern over Washington returning to CPTPP under Biden? What might the role of the RCEP be in the region? Does that organization have the potential to compete with other global players?

The signing of CPTPP in 2018 and now RCEP meeting Beijing’s end-of-2020 deadline are raising the risks of US companies losing out on building trade momentum in some of the world’s fast-growing economies. It also risks foreign countries de-Americanizing more of their supply chains. Even as the geopolitical and market momentum is there for the US to get back into the FTA game, the Biden administration still faces significant political hurdles in trying to rejoin CPTPP.

Without first showing improvement for the American working class in manufacturing, Biden will be unable to prioritize CPTPP negotiations. Both Democratic and Republican lawmakers have been cool to FTA negotiations and Democrats will demand more stringent labor and environmental provisions that will be difficult for lower-income economies to meet.

A key indicator of how constrained Biden will be in negotiating FTAs will be whether the Trade Promotion Authority (TPA), which allows for a simple up or down vote in Congress to approve a trade agreement, will be renewed when it expires on 1 July 2021.

Despite political resistance to FTAs, US public opinion of trade is actually quite positive. According to a Feb 2019 Gallup poll, 74 percent of US adults believe trade represents “an opportunity for economic growth through increased US exports” while 21 percent see trade as “a threat to the economy from foreign imports.”

RCEP also notably marks the first time Japan has entered a trade agreement with China and South Korea. This raises the question of whether the RCEP platform could accelerate a trilateral trade pact among the three major economies despite growing geopolitical frictions.

The RCEP signing is a reminder that China can still make significant economic inroads with countries to blunt US efforts to contain Beijing in its own neighborhood.

Strict US export controls targeting China, which are likely to endure under a Biden administration, could also drive countries like Japan and South Korea to reduce US content in their supply chains to try and insulate themselves from growing US-China competition.

Failure of the Ant IPO: what are the reasons behind it? Is the Chinese ruling party tightening its grip on the tech industries? Could Beijing’s firm control over the IT sector be yet another step to developing its digital authoritarianism?

Beijing is being driven to tighten control over its tech giants for many of the same reasons as the West. The challenge is how to strike the right balance in regulatory policies to protect consumers and promote competition at home but also ensure tech national champions remain competitive on the global stage.

It was a shock to many to have the Ant IPO halted just two days before the listing and I think a common perception in the West is that this was a sign that Chinese regulators are acting haphazardly to assert Beijing’s authority and cut Jack Ma down to size. But there’s some important nuance to the lead-up to that dramatic speech by Jack Ma, in which he derogatorily referred to Chinese regulators as having a ‘pawnshop mentality”.

I think Beijing is legitimately concerned about the damage fintech giants could do to society if predatory lending practices get out of control. There appears to have been strong public support in China for reining in the firm and Beijing appears to be more perceptive to consumer concerns over data privacy and protection.

There is a critical contradiction here, though: while Beijing regulators are showing they’re looking out for Chinese consumers and protecting them from Chinese Big Tech firms, there is also no hiding the fact that government authorities are leveraging advanced technologies to tighten political control over society.

The move still carries big costs, though. Investors are undoubtedly shaken by the sudden derailment of the IPO. STAR market is intended, after all, to be a big vehicle for Chinese tech firms to raise capital. At the same time, Chinese companies have reason to be wary of US de-listing threats over legitimate audit compliance issues. I think Beijing felt confident enough that the disruption was worth it, and that capital will still continue to flow to these companies, albeit under stricter political oversight.

It has been written a lot about using social media influence operations, from Russian to Chinese ones. For now, social media ‘covert ops’ mostly pursue political goals. Is there a possibility that these tools will also be used for economic goals? How could social media impact the value of a company or M&A transactions?

Yes, much of the attention on cyber influence operations is linked to election meddling and sowing social discord, but this is not a threat confined to politics. Companies should be hyper-aware of the threat of cyber influence operations, which could create significant reputational damage, send valuations plunging, upend M&A negotiations, and potentially even bankrupt companies under the right circumstances.

Foreign adversaries could be motivated to undermine western economic competitors by spreading disinformation about the company’s activities or employees. In the context of US-China competition, Beijing will also remain extremely sensitive to any perceived violations of its sovereignty or territorial integrity when it comes to Taiwan, Hong Kong, Tibet, Xinjiang or any other issues that could draw western attention.

As we have already seen with strong Chinese rebukes of Marriott, Mercedes-Benz, the NBA, Gap, and a host of airline companies, even seemingly benign corporate messaging can rapidly drum up social media activity and lead to calls for boycotts.

What advice would you give to companies that are trying to build more resilience into their M&A strategies?

Three words: Strategic scenario planning. Our brains are not wired to manage cognitive dissonance well and imagine future scenarios. Trying to operate in a framework of quarterly earnings cycles may make this seem impossible.

But that is all the more reason why it is so critical for companies to invest in this capability so that they are not taken by surprise when politics intervenes with markets and so that they already have contingency plans in place for when those disruptions occur (and they will). There are massive, structural forces underway, from the effect of aging demographics on the global economy to the de-globalization of trade to great power competition to exponential growth in disruptive technologies. No single political personality or business leader can tame these forces.

The best you can do is understand how they will shape and constrain your actions in the years ahead. That’s what I love doing for C-suites that understand the value of investing in and institutionalizing scenario planning to protect and grow their business in a volatile geopolitical climate.