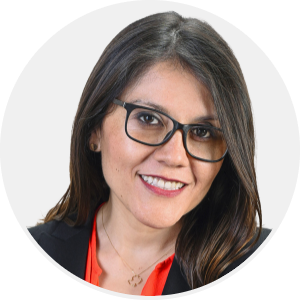 She advises on corporate matters in general focused on e-commerce and technology issues, including Fintech and information security. She also advises on the establishment of foreign investments, particularly Chinese investors, both state and private companies, designing legal structures that allow them to develop their businesses in Peru.

She has been named Young Sinologist by the Ministry of Culture and the Academy of Social Sciences of the People’s Republic of China. She was awarded the Young Excellence Scholarship granted by the government of China (2016) and has been a research honors student at the Maastricht University, The Netherlands (2011).

Claudia has worked as an international lawyer at Deheng Law Offices

Investment opportunities and successful cases between China and Latin America

Investment opportunities and successful cases between China and Latin America

Explore details
Fill the form to register
Thank you for registering!

We are excited to see you at the event. Please check your mailbox for the next steps and more details.