Portugal has seen a rapid expansion of investment in renewable energy in recent years, especially in solar PV. There has been considerable consolidation in the market, with companies acquiring different technologies and merging with players that already have projects with guaranteed grid connections.

Archive
emea
Outlook for the Portuguese renewable industry in 2021

Portugal’s increasing demand for greener energy is now attracting considerable interest from international players. However, the market is dominated by a few large companies and there are challenges in obtaining finance, making it difficult for new entrants.

During the M&A Community webinar on 25 February 2021 we looked at the prospects for the Portuguese renewable energy market and how it might develop.

Prior to 2019 companies could obtain a production license from a grid operator without any guarantee of future access to the grid, because the grid operators were not licensing entities. This led to a backlog of license applications which, combined with a lack of grid capacity, meant that many viable projects were unable to obtain connections.

Portugal then introduced a system of capacity lots, which reduced the number of licenses required but did nothing to promote the most effective projects. So, in June 2019 the legislation changed to make the granting of the connection the first step.

There are now three possible routes:

In March 2020 DGG announced that pending projects now accounted for 253GW of power, with peak daily consumption in Portugal being around 12GW. However, projects with guaranteed connections only amounted to 17GW and it was not clear how many of the others would actually be realized.

Assessing the pros and cons.

It is difficult to compare progress on the different agreements, and the timeline for projects will, in any case, vary according to how much work to the grid is required.

One clear difference is that the auction route imposes very tight deadlines, albeit that those for 2020 were longer than for 2019. The original deadline for the 2019 auction was only six months, later extended by three months and then a further six, primarily because of the impact of Covid-19.

This is still tight. Acquiring rights over land is time consuming, particularly for solar PV where the required timescale is three decades, or in areas with smaller properties where there are more landowners involved in the negotiations. Once the title is issued it takes another 12-18 months to obtain a production license and there are other licenses required (construction, connection etc.) and possibly an Environmental Impact Assessment (which can take up to a year) to submit, with penalties for missed deadlines.

However, tender projects are now benefiting from the new Government committee which is ensuring faster and better access to relevant stakeholders.

These can broadly be split between those with direct access to consumers (retailers and utilities) and those engaged with equipment. Manufacturers are able to compete because they tend to concentrate on product development. However, as well as the consumer contact, utilities have another big advantage over e.g. investment funds because can also operate in storage and ancillary services. Also, investors are looking for a return within a certain timeframe, whereas utilities may well be considering non-financial gains over a longer period.

Batteries have been popular because the UAL was more favorable to them; but the calculation methodology could change to incentivize investors for other technologies. We already know that the next auction will be looking at unconventional sources so storage may not be included.

Lenders are primarily concerned with the remuneration model but this is a challenge for everyone. Renewables are now a preferred asset class for project financing; the technology is very mature; and the main variable is legislation, though in Portugal this has been very stable.

Looking at the last round of tenders, there were two main types: projects with feed-in tariffs (FIT) and projects following the general remuneration model.

For the first auction, FIT projects sold their output to the last resort supplier at a price determined by the auction closing bid. There was a change for the second auction, with the plant receiving a ± premium over the closing day price to match the closing auction price. For non-FIT projects, the output is sold at a fixed monthly MWph contribution to the national electricity system.

It is generally accepted that there is no longer any need to subsidize investment in renewables, leaving remuneration dependent on company revenue. The auction model with FIT distorts the market (producers are essentially subsidizing the system), but other models are harder to finance.

The banks need to do more to understand merchant risks and incorporate these into their models while producers also need to understand that less predictable revenue means less leverage.

We need to consider ways of mitigating merchant risk and protecting the market, such as insurance mechanisms. Faced with a low FIT of e.g. 15 Euros and a future energy price of e.g. 30 Euros, new projects could become impossible to finance without some kind of reserve mechanism and/or higher debt service cover.

There could be further consolidation in the market, which needs to be monitored.

The project finance contractual scheme does distribute the risks to those better able to cope, but if you remove one of the controls, e.g. regulation, then you are at the mercy of the market. We do not know if the PPA market is mature enough to cope with all the projects currently in development – some will be financed with equity, but investment grade PPA is always easier to sell to the banks.

Following the speakers there were a number of questions from the audience, only some of which we were able to deal with on the day.

We expect more players to move into the market, with companies wanting to decarbonize their operations seeing a PR opportunity, as well as potential financial rewards. However, the industry is well developed and very competitive so it is difficult for new entrants to gain a foothold.

Try joint ventures, but choose your partners carefully. A local partner will know the regulations, licensing process, land rights issues and the language. They may also already have a pre-qualified project and be seeking investors.

There could be solutions involving floor hire and other insurance mechanisms to provide a safety net for the banks. Larger transactions could be solely merchant financed, although the returns are likely to be smaller. We have no idea what might happen with batteries.

The potential for floating rather than fixed structures is considerable. The National Plan for Energy and Climate 2020-2030 envisages 200MW of wind power by 2030. There is an existing project to generate 25MW in a site that has been identified as a pilot zone for testing ocean-related renewables, with legislation already in development. However, the licensing process needs to be simpler and we expect to see proposals shortly.

This could be included in new legislation that would also allow transfer to a third party. But while “dual fuel” options are seen as a way to maximize the use of grid infrastructure, different renewables are not necessarily available in the same location. So it is not clear how this would work in practice, but some players are looking at the options.

Archive
emea
Outlook for the Portuguese renewable industry in 2021 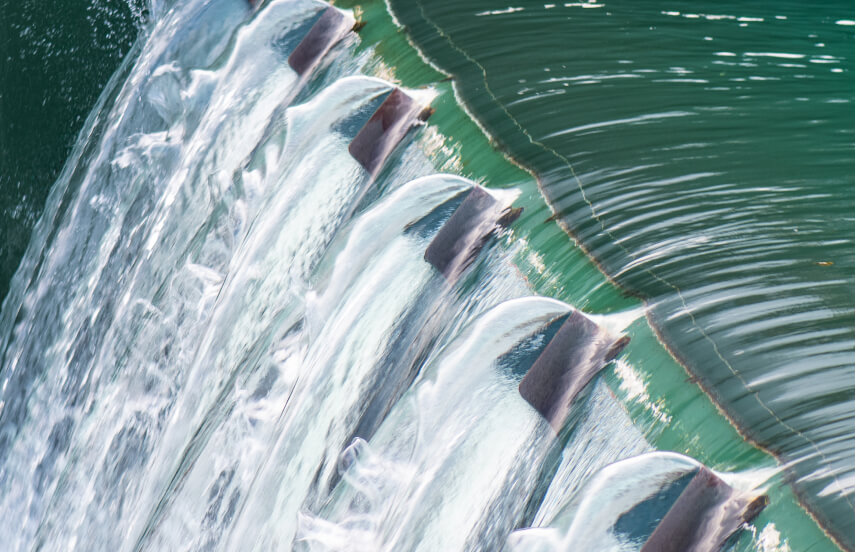