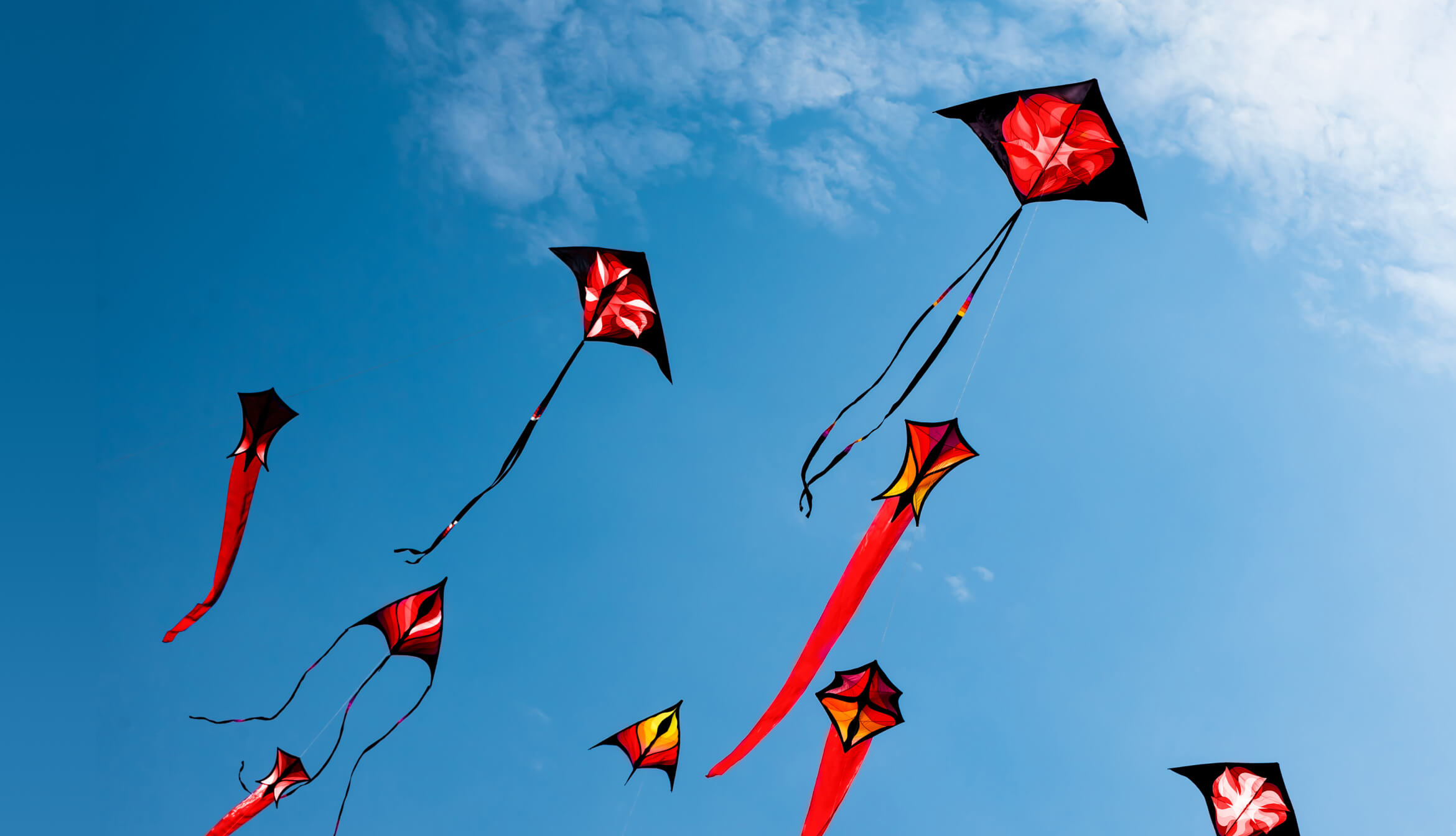 What’s going on in China that affects the M&A game?

China has become highly relevant to M&A and not just for those interested in investing there. The country’s policies, politics, and economic growth have undoubtedly impacted the M&A market worldwide.

Over the last 40 years, China has grown its consumer base, natural resources, and technological positioning. It has also utilized its geostrategic position while increasing military expansion across the world. All of these make China a powerful player on the world stage. Although it is a market economy, it is a heavily state-controlled one and this has the advantage of reducing regional variations for foreign investors but also means that they are tightly regulated. China has decided that it wants to make the shift from its traditional dependence on heavy manufacturing and a low-paid workforce and its plans for a hi-tech, high-skills future mean that it is, at least in theory, encouraging foreign investment in those areas where it lacks domestic expertise.

If you’re in the M&A game, you should know what’s currently going on in China and why it has become so relevant.

The M&A Community reached out to our speakers, Klisman Murati, CEO of Pareto Economics, Grace Rong Wang, Asia Strategy Desk lead director at KPMG, and Matt Fish, principal head of the Strategy desk at KPMG, asking them to provide their expert views on this topic.

Why and how did China become so relevant in the M&A game?

Klisman Murati, thinks there are three reasons for this. The first is that China has had open access to modern-day technology. “They didn’t have to invent anything from scratch and see the sort of evolution of the technology as did the West.” -The country acquired available technology and integrated it into its own system. This technology adoption received a boost when China joined the WTO in 2001, giving it better access to markets and, to some extent, providing foreign markets with access to China.

The second reason Murati gives for China’s economic growth is that the country is politically homogeneous while utilizing a mix of the capitalist free market system and retaining  power and stability both politically and socially. “The CCP has managed to keep itself relevant and powerful over the years, which has allowed it to implement policy perhaps faster than a democratic system where you go through a lot more depending on what the project is,” he explained. This means that there is a unified vision within the Chinese Communist Party of how the country will advance. Overall, we’ve seen a continuation of China always achieving what it has set out to do.

The third reason China has grown so much is the sheer size of its population. “Given that China has 1.2 billion people, even lifting a small percentage out of poverty would be more than most nation’s populations,” Murati explained. Certainly, China has seen many of its people shift from subsistence living to the middle classes, if not higher.

What is going on in China politically and economically today?

According to Murati, the factors mentioned above have been working in China’s favor and are behind the positive news. Knowing these reasons, for those in the M&A game the next logical step is to get a broad picture of what is currently going on politically in China.

The first thing to remember about the Chinese economy is that it is significantly different from the setup in the US and Western European countries. Despite being a market economy, it is heavily driven by government and policy. As Grace Rong Wang puts it: “To understand how we best play with the Chinese economy, it is always important for us to understand and follow China’s National strategy and policies, and those keep changing.”

She explains that for the past 30 years, China’s economic growth has been based on resource-intensive manufacturing exports and low-paid labor. However, that’s no longer the case. “This model reached its limit and has led to economic, social, environmental imbalances within the country,” she says. The current government is focused on reducing these imbalances. A shift in economic structure is required while finding new growth points to reduce these imbalances. Rong Wang notes that there needs to be a change from low-end to high-end manufacturing services with more focus on technology and innovation. In addition, other societal challenges that China is facing are similar to those in countries like the US, such as reputation, skills shortages, promoting lower carbon energy, and so on. “China right now is going through some fundamental structural transformation and industrial upgrades in the foreseeable future,” concludes Rong Wang.

Chinese policies have now incorporated an outbound M&A focus, as the country aims to utilize them as a vehicle to help its technological advancement and transform its economic structure, mainly in technology, healthcare and life sciences, as well as advanced manufacturing. Rong Wang asserts that geographically, there are “a lot more outbound M&As involving European and Asian countries, and Israel. The US will still play a significant role in these activities, but it won’t be as huge as five years ago.”

Rong Wang confirms that there is intense competition for Private Equity funds in the domestic market. She says there is a trend of funding going to the top-performing PE funds, making it even more competitive for the big-number PE funds. On the other hand, the new SEC guidelines have also nudged Chinese companies towards delisting and due listing, discouraging Chinese companies from going public on the US stock market. This situation has pushed many Chinese companies to move to Hong Kong or stay in China to go public, shifting the IPO pipeline to the Hong Kong and Shenzhen stock markets where the numbers have reached historical highs. In other words, it is more challenging to find better exit channels for PE operations in China – not only finding a suitable fund for investment, but also acquiring new capabilities and strategies to help the portfolio companies grow their value.

What is happening in Chinese Markets?

Having learned a bit about China’s policies and economic change, we now look at what the Chinese market has in store for investors. Firstly, the country’s market is still focused on domestic deal activities. “It has never been more competitive on the ground,” says Matt Fish, at KPMG. This domestic competition is closely related to the national strategy, where Chinese money, national companies, and state-owned enterprises will continue to be the primary driver and players.

However, when it comes to M&As, Rong Wang points out that the “national policy firmly states the country supports Chinese enterprises to participate in promoting the synergy between domestic and foreign industries while promoting Chinese product services, technology, and brands going abroad,”. That being said, when it comes to re-engagement with cross-border Chinese investments, a few sectors will continue to play a significant role in China’s outbound M&A market, including technology, manufacturing, new energy, and consumer products.

Keeping in mind the national strategy, Rong Wang suggests that foreign investors should focus on areas that need functional development, extra capital, and highly skilled human capital for growth. These sectors include software services, new energy, advanced manufacturing, and electronics for electric cars. “For example, some regional Chinese governments offer subsidies for new energy and electronics, electric cars, and manufacturing. And they are actively seeking investment to support business growth in their areas,” says Rong Wang. So these regions could  prove attractive, especially for private equity investors.

What is the M&A technological context for China, and how will it impact the US?

In M&A China is displacing the US in specific industries, as “China has the largest demand by quite a bit for industrial robotics in the world,” explains Matt Fish. According to him, the Chinese already have the largest parking lot for robots, though they also have a very low robot density compared to the US or Japan. So, there is still a lot of room for growth in a sector where they are number one.

Klisman Morati argues that regardless of whether China wins on the GDP front, which he sees as quite improbable, the US “will still remain very, very relevant” in the M&A market. He believes the main reason for this is that when China innovates, it does so domestically in terms of technology, whereas when the US innovates, it doesn’t only innovate for the US market. “The US innovates, and the world adopts it,” he said. The US’s outreach and influence are global because its technology is marketed worldwide. Therefore, the US has global dominance because its technology isn’t exclusive to its own market but is exported around the world. For instance, Uber, a US company, is a global company, whereas DeeDee, the Chinese equivalent, is for domestic use only. Another example is Facebook, which has a global reach whereas WeChat, its Chinese counterpart, is only for China. Morati concludes, “if this trend continues, I don’t know how China will be the player which can export its technological ideas and its applications to global markets because we haven’t seen any evidence of that yet. And I struggle to find out how they’ll do it, especially in a new wave of decentralization which completely turns everything on its head.”

In conclusion, China’s unique dual economy, heavily driven by government and policy, favors domestic money, national companies, and state-owned enterprises, creating a competitive domestic market. However, China’s recent policies have incorporated an outbound M&A focus, and these will be the vehicle for the country’s technology advancement and economic transformation. For those in the M&A game, the opportunities are there, as long as you do your homework and are primed to cope with changes in policies and government interference.